Searching for Dark Matter in the Sky

Posted on August 13, 2019 by Assistant Director 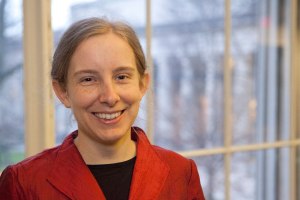 Dark matter is believed to comprise five sixths of the matter in the universe, and is one of the strongest pieces of evidence for new fundamental physics. Dark matter does not interact directly with light, making it very difficult to detect except by its gravity.

On August 15, the community is invited to Robbins library for a presentation on dark matter.  MIT Professor Tracy Slatyer will describe how dark matter collisions might create observable signals, and how scientists can attempt to pick out those signals from telescope observations. Understanding these observations may either reveal the new physics of dark matter, or help us probe the deep history of our Milky Way Galaxy.

Prof. Slatyer is a theoretical physicist who works on particle physics, cosmology and astrophysics. Her research is motivated by questions of fundamental particle physics — in particular, the nature and interactions of dark matter.  Prof. Slatyer’s research includes hands-on data analysis as well as theory. She has pioneered new techniques to disentangle faint possible dark matter signals from astrophysical backgrounds. She was awarded the 2017 Henry Primakoff Award for Early-Career Particle Physics by the Division of Particles and Fields of the American Physical Society.

Tray Slatyer joined the MIT Physics Department in July 2013 after completing a three‐year postdoctoral fellowship at the Institute for Advanced Study at Princeton. Dr. Slatyer completed her undergraduate work with honors in theoretical physics at the Australian National University in 2005 and her doctoral work in physics at Harvard in 2010. She was promoted to Associate Professor at MIT in 2018.  This presentation is made possible through a collaboration with Science for the Public.

This entry was posted in Uncategorized. Bookmark the permalink.